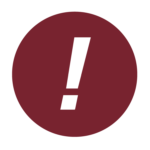 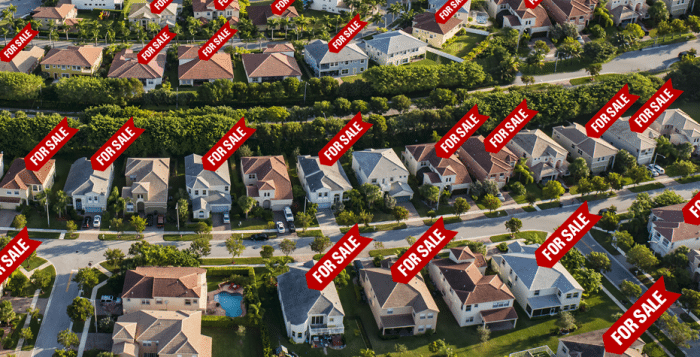 Since the dawn of real estate, it seems we’ve been hearing phrases such as, “Listings are the name of the game” or “List to last.” While those sayings are as true today as they’ve always been, we caught up with our old friend and real estate coach Darryl Davis to learn why “just listings” aren’t enough to propel your way to the top and stay there anymore. Today’s agents need to focus on building listing INVENTORY if they want to

stay in the game and compete at the highest levels. Here’s an excerpt from our interview:

Q: Darryl, you’re teaching your students and coaching members that they need to step up their game in terms of building (and keeping) listing inventory. Can you share a little more about that with our readers?

A: Sure! First, I like to share the WHY – WHY it’s important to build and maintain listing inventory. I’m a big analogy guy, so I sometimes ask agents to think about their friends, family members or neighbors and what they make. You know, a lot of times you don’t know exactly how much other people make, but you have an idea, and sometimes you think to yourself, “I know I make more than that, but they have more than I do or don’t seem to struggle as much as I do.”

Two words explain that: cash flow. See, those other folks are usually salaried people with consistent income, so they can budget and plan their lives around that. In real estate, we don’t have that. Most agents run their business in surge-and-drought mode – right? But it doesn’t have to be that way. If I asked every agent reading this if he/she had a consistent $5,000 (or whatever your number is) every month, would it make your life less stressful? The answer is 100% yes.

Q: That helps put it in perspective, doesn’t it? So there’s the WHY. Can you tell them HOW building inventory solves their surge-and-drought problem?

A: Yes. I like to tell agents to focus on listing inventory rather than listings like this: Imagine you’re selling shoes 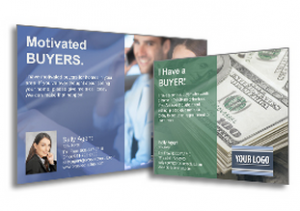 instead of houses. If you want to sell shoes for a living, you’ve got two choices: One is to get a store, some racks and some shoes, and promote your store… right? The second is to find a buyer who wants to buy shoes, put him/her in your car and drive around to every shoe store in town until he/she finds the perfect ones. Get the picture?

Here’s the thing: Every time you put a buyer in your car to show a listing that’s not your own, you’re basically taking that buyer to another agent’s “shoe store.” You’re essentially becoming an “employee” of sorts for that other agent. Bottom line? No inventory = no business.

Q: Great analogy. Can you expand on that?

A: Think of it like this: You’ve got six listings or, for this purpose, we’ll go back to shoes. So you’ve got six pairs of shoes, and you put four under contract this month. YEA, right? That’s terrific! Well yeah, it is – BUT 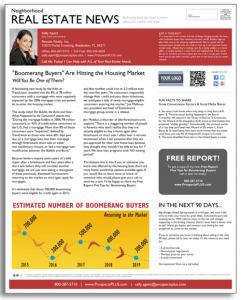 look at your inventory. You went from six to two. When you close on them, you’ll have a surge of cash, of course, but if you don’t replenish your inventory, then you’ll head into a drought. To create continuous cash flow, you have to at least MAINTAIN or, better still, INCREASE your inventory.

Let’s say you’re brand-new, and you want to build inventory by one per month. You start out month one with one listing. Month two you get another. Month three you get another, but you close on one. So that means month three, you have to get TWO to make up for the one under contract and keep your inventory up. If the average commission is $5,000 per listing sold, and you start with zero and focus on building your inventory by one per month, you should be able to earn $100,000 within 12 months.

Q: It helps to put it in dollars and cents, doesn’t it? It’s more than just the money though – it’s about managing time as well, right?

A: Exactly. When you think like a businessperson instead of solely like a salesperson, you can balance your time. I’ll give you an example: I’ve got a student who earns a quarter million per year and takes two full months off every year to spend with family… two full months! Now if he owned a shoe store instead of a real estate business, would he close down those two months? Of course not. He’d hire a manager to handle things. In real estate, if you don’t have a “store,” or inventory, that can sell while you’re away, you can’t take time off. No inventory = no income, no time off. Lots of inventory = consistent income, ability to take time off.

Q: Love that… treating your business like a business. What a concept, right? Darryl, you’ve always been 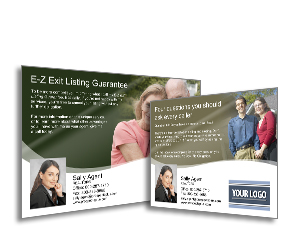 amazing at teaching agents how to succeed by marketing to FSBOs and expireds, but recently you’ve been sharing why it’s important to stay top of mind with a book of business and geo farm as well. Can you tell me more about that?

A: Because the worst of the housing market crash is mostly behind us, we’re going to see more and more people come into the market in the next few years. Because of that, it’s important for agents to have a consistent marketing campaign. People need to know your name, your face and what you do for a living. I still say working with FSBOs and expireds is a great way to generate listings fast – simply because they’ve already identified themselves as the hand-raisers. That said, think of your business like a wheel – the more spokes you have, the more efficient the wheel works. You eventually hit a point of diminishing return, or too many spokes, but it’s important to find the balance. One or two spokes isn’t enough to generate business momentum.

I’ll give you another example: I have a student named Marty who makes a six-figure income. He lives in South Carolina, but his business is on Long Island. He goes to Long Island once a month to take listings and meet clients. He can do that because one of his “spokes” is a mailing campaign that he sends out consistently to his sphere and farm promoting himself, his business and his listings – all while living in another state! THAT’S the power of staying positioned consistently with the right marketing tools.

Q: Wow! That’s incredible. One of the things our readers tell us is tough for them is following up. They’re either afraid of it (picking up the phone) or don’t make it a priority. Can you share some secrets to success in that area?

A: I would say focus on the activity rather than the results. Why do people fail? Because they don’t see immediate results. So they do what? They QUIT. When you switch your thinking to focus on the ACTIVITY, not the results, it helps you get past the fear.

Think of it like baseball averages. Ballplayers know the more times they get up to bat and take a swing, the more likely they are to get a hit. After a while of playing, they know their numbers… their average. The same is true in prospecting – you’ll get to know your numbers. So maybe out of 10 calls, you get five connects and two appointments. I tell my students that their goal should NOT be to get the appointment; it should be about building relationships. Why? Because it takes the pressure off.  Focusing on getting an appointment is a win/lose scenario. If you don’t get it, your reaction is, “I lost. I’m bad.” When you focus on building a relationship, every call is a win. The truth is, you’re not going to get an appointment unless there’s trust. By building relationships, you build trust – and the appointments will happen by themselves.

Going back to the last question, one of the things I like best about consistently sending out mailings is that it helps agents “warm” those calls – which makes follow-up easier, because you have something right off the bat to talk about.

Q: I love the title of your new book, How to Design a Life Worth Smiling About. I just downloaded it and can’t wait to read it! Can you tell us about it?

A: Absolutely. It’s got a lot of fun content in it, and people seem to love it. You know, I ask agents all the time, “When a homeowner lists their house with you, what do you think they want as an end result?” I get a variety of answers, of course. “To sell the home.” No. “To get the most money.” No.

Tune in, and take it all a step further. When you’ve been in the business a while, you’ll often hear homeowners say something like, “If these walls could talk.” They’re not selling a house – they’re selling their HOME. Shelter is the second most important thing to people. They’re leaving the comfort of shelter and going into an unknown. When you’re the agent who can tune into that and realize that every client you help is heading into a new chapter in their lives – and you are a part of that – don’t minimize the powerful impact. Great agents help change people’s lives for the better. When you get THAT… you’re no longer selling.

A: The money we make is actually the thermometer as to how many lives we’ve helped. Focus on the lives you can help, and the money will come.

Awesome insights, Darryl. Thank you so much for sharing with us. I look forward to reading your new book and, as someone who’s known you more years than we care to count, I know all of your students, coaching members and audience members are fortunate to learn from you. Your ability to help people both laugh and learn is extraordinary.

Darryl became a real estate agent at the age of 19 and quickly climbed the ladder to become a top producer, averaging six transactions a month. He became a licensed broker and manager of a new office that became the #1 listing and selling branch within its first 6 months of operation. He’s been named one of the highest-rated speakers at the National Association of REALTORS® convention for the past several years and is the ONLY real estate speaker who is a best-selling author with McGraw-Hill Publishing for his book, How to Become a Power Agent in Real Estate. He is the founder of The POWER Program®, a yearlong real estate coaching program that has proven results of agents doubling their income over their previous year. He’s also the creator of the nationally acclaimed three-day program S.U.R.E. Results, where agents generate an average of $33,504.82 over their previous year. And as creator of the nationally recognized term “Next Level®,” Darryl strives to bring his students and attendees to their “Next Level®” of success by training them on how to have more fun and less stress in their business and personal lives. To learn more about Darryl and his training tools and services, visit www.DarrylSpeaks.com, or contact him at 1-800-395-3905.

To learn more about staying in consistent touch with your sphere and farm (as Darryl teaches), visit www.prospectsplus.com, or call our support team at 866.405.3638 today. 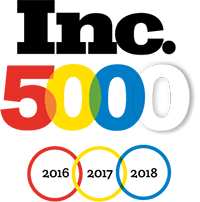 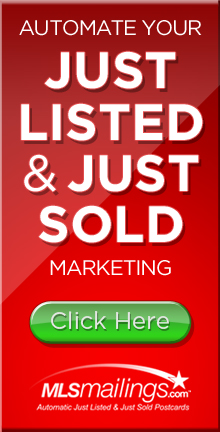 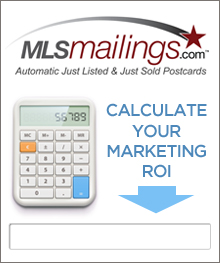 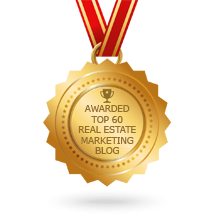 Follow our Real Estate Marketing Blog and get expert news, tips, trends, and advice on direct marketing and advertising methods for REALTORS®
For over 20 years, we have been a recognized real estate marketing leader, providing tens of thousands of top agents with the kind of efficient, effective and powerful marketing news they need to survive and succeed in the real estate industry.
© 2020 ProspectsPLUS! | Real Estate Marketing Blog